Thousands cheer as a caravan of camels outfitted in saddles and garlands are ready to fight. The camels wrestle with their necks and bite as they attempt to pin their adversary to the ground.

Eventually the referee declares a winner, with fans surging forward to encircle the victorious animal. The owner sits proudly on the camel’s back and has prize money of around 100,000 rupees.

The country has a long history of blood sports － with bears, cocks, and dogs, among the other creatures forced to fight. But according to the Pakistani law, all animal fights are illegal.

Enthusiasts brush away the criticism, saying the fights are a tradition in the country’s Punjab province. "It’s our culture. People gather here, greet each other and forget the anxieties of life."

Last year the government passed an amendment to its Prevention of Cruelty to Animals Bill which suggested the fine for inciting animals to fight should be increased from 50 rupees to 300,000 rupees.（AFP） 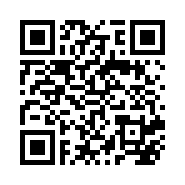