中英對照讀新聞》Dr Marijuana Pepsi: The woman who refused to let her bullies win 大麻‧百事可樂博士：拒絕讓霸凌獲勝的女子

A woman who refused to change her name has defied her bullies by earning a PhD. Marijuana Pepsi Vandyck says she spent her life being made fun of because of her distinctive name. But instead of changing it she decided to be proud of the name and refuse to let it hold her back.

The 46-year-old has used her experience to research black names and how they affect the education of children in the United States.

Marijuana was nine years old when she first realised she had an unconventional name. At school in Wisconsin she says it wasn’t just the other children who commented on it but the teachers, too. "Marijuana is unusual and then you add Pepsi to it and the comments just didn’t stop" she told the BBC.

But in high school the inquisitive questions about an unusual name turned into hurtful comments. "When I was in fourth grade it was an oddity, but in high school it became bullying. I had to put up with so much," she says of her bullies. Marijuana says her family gave her the strength to cope with the comments and change her attitude. 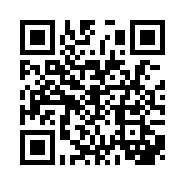