“Simplicity and common sense should characterize planning and strategic direction.”

Have you ever walked down the street and passed by someone who looked exactly like you? Were you in such a shock that you could not figure out what was going on? Then, at the very second you realized what happened, that person disappeared. The term for two different people who look like each other is doppelgangers. It comes from German, and it literally means double-goer. In ancient days, doppelgangers were seen as bad luck, signs of evil, or even ghosts.

“The value decade is upon us. If you can’t sell a top-quality product at the world’s lowest price, you’re going to be out of the game.”

Brevity is the soul of wit.
精簡是智慧的真髓。

Butter is gold in the morning, silver at noon, lead at night.
奶油在早餐是金、午餐是銀、晚餐是鉛。過猶不及。

Boys will be boys.
孩子就是孩子。理當如此。

Brain is better than brawn.
智慧勝於力量。智勝於勇莽。

Bread is the staff of life.
麵包是生活的主食。民以食為天。

Between two stools you fall to the ground.
腳踏雙凳必墜地。喻一心二用，將一事無成。

Birds of a feather flock together.
物以類聚。

Blood is thicker than water.

Beer before liquor, you'll never be sicker, but liquor before beer and you're in the clear.
喝啤酒再喝白酒，你不會清醒；但先喝白酒再喝啤酒，你還會清醒。
由淺入深難，由深入淺易。由儉入奢易，由奢入儉難。

Beggars must not be choosers.
饑者不得擇食。窮人無選擇權。飢不擇食、寒不擇衣、慌不擇路、貧不擇妻。

Beauty is in the eye of the beholder.
情人眼裏出西施。

Beauty is but skin deep.
美色只是一層皮。紅顏易老。

Never put off till tomorrow what you can do today.

Never too old to learn.

Better late than never.（It's never too late to mend.）

LADYGAGA’S VIDEO FOR “THE EDGE OF GLORY” SET FOR PREMIERE ON “SO YOU THINK YOU CANDANCE?” ON THURSDAY, JUNE 16!

The video for“The Edge Of Glory,” the newest hit single from Lady Gaga’s sensational Born This Way(Streamline/Interscope/KonLive),will premiere in an extended preview on Thursday, June 16 during “So You ThinkYou Can Dance?” on FOX (8 p.m. ET). The complete video, directed by Haus of Gaga, will be available onlineat Vevo.com.  “The Edge Of Glory,” the third officialsingle spun off from the fastest-selling album of the year, debuted #3 on the Billboard Hot 100, becoming Gaga’s10th consecutive Top 10.

Written by Lady Gaga, “The Edge Of Glory” was produced by Gaga, FernandoGaribay and DJ White Shadow.  Inits review, NME called the song “quite simply a Great Pop Moment.”

Born This Way, released May 23rd,has sold more than 4 million copies worldwide and Gaga herself has been laudedas a “pop visionary” by Rolling Stone magazine.  People magazine noted,“Nodoubt Born This Way is an anthemic coronation of her place aspop’s ruling diva.”

I look at you, you bite your tongue
You don't know why or where I'm coming from 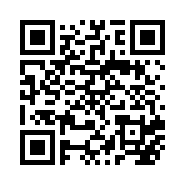