Irregular workers at schools went on strike Wednesday, calling for an end to discrimination in wages and welfare benefits vis-a-vis regular workers and disrupting meal services at thousands of schools nationwide.

A total of 2,802 of 10,438 public kindergartens and schools were affected nationwide. School meal services were suspended at 2,572 schools. The students were asked to bring their own lunches or else they received bread, milk, juice or other simple food instead of hot meals. Some 230 schools cut classes short. 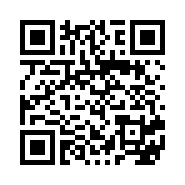