It was being called Superstorm Sandy when it made landfall at about 8pm in New Jersey. It wreaked havoc along the northeastern seaboard. Since then it was downgraded to a post-tropical cyclone, but forecasters warned it was still packing destructive force.

Sandy has been a strange storm. It combined with another system over Virginia to bring heavy snow. Some areas were expected to receive as much as 60 to 90 centimeters of flurries. Sandy is now heading north to northeast, its power dropping as it moves further from the sea. Better weather is expected on Wednesday. 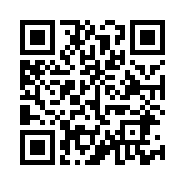